Well, let me get to that question in just a moment. First, I had the best of intentions for joining in the Harlot's Sock Scavenger hunt yesterday. Knowing that I wasn't going to be online for much of yesterday, I stayed up well past midnight and took a picture of my long suffering/hibernating pair of Red Wing's Socks. I thought they might go well with the strawberries. 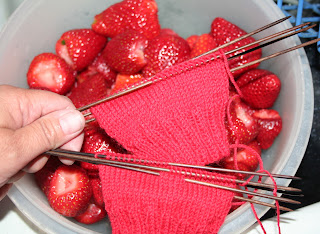 Seeing as how it was 1:43am PST, I didn't want to throw them on the computer at that point, so I just went to bed and figured I'd get up and take more pictures in the morning outside without having to use a flash. I wanted to make sure that the pictures weren't too blurry.

Out of 10 pictures, this is the only one that wasn't. Then it was off to drive the good old freeways of LA. (Remember the house on the freeway back in September?) Oh, ya, I thought I'd left in pleantyyyyyyyyyyyyyyyyy of time to upload this to the contest. [insert music here......] Famous last words. You know the saying. The best laid plans of mice and men...
The first clue I had that something wasn't going to go as planned, came when the helicopter announcer for the radio station was saying that 'We have something unusual going on the 105 freeway at this time. That's all we're going to say until we get more details.'

As the traffic began to thicken, the radio guy came back and said that there was some police activity on the freeway. They'd come across someone who'd been shot several times in the torso.
Great! Welcome to LA!

As I continued to drive along more and more police and CHP cars and motorcycles were passing us. What was the full story? Well, seems that some 'brilliant' driver began to try and run another car off the road. Who was in that car? Well, it was an off duty police officer!
Oh, the story 'gets better.'

According to the radio, the police officer was able to pull over the car to the side of the road. The 'brilliant' driver then came out and went after the police office with a knife, trying to stab him. So the officer used his government issued gun and shot him several times. The 'brilliant' driver was then taken to the hospital and according to the traffic updates was awake and alert during the transport.


Now, by the time I reached the section of freeway affected, the 105 East was shut down completely. They had an ongoing police investigation continuing. That makes sense, right? However, I was on the 105 WEST. Where we were now slowed down to about 5mph. Why? Because apparently everyone on my side of the freeway had to look! Hey drivers! There are two cement dividers and a train track separating both the East bound and the West bound directions of the freeway. The only thing you could see if you tried...was the tops of at least 20 police cars and lots of officers standing around on the freeway. The guy wasn't even still there! The radio said he'd already been at the hospital long before we made it to that point.

Granted, we did pass by a motorcycle in the car pool lane that was laying on it's side and an empty police car parked behind it so one one would run over it on the West bound portion of the freeway. But, there wasn't a single person or emergency vehicle near by! Just left there, clogging the traffic. But that was long before I came up to this: 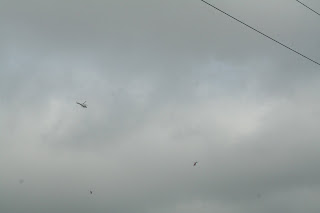 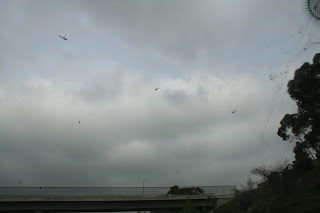 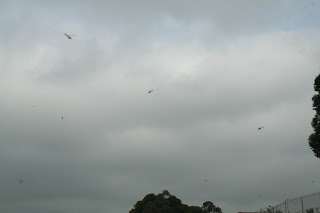 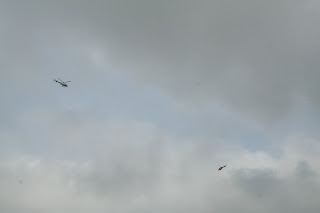 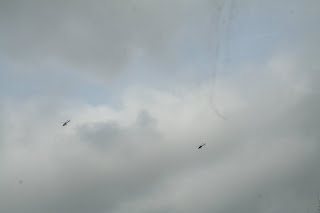 Yep, that would be six (not one, not two, not three, four or five but six!) helicopters 'hanging' in the air. My guess they wanted to film nothing happening at the time, just cars slowing down to view officers standing around talking to each other as the cars backed up so people could NOT get to their destinations on time. If this had been during the pursuit I could understand. But this must have been a good 20-30 minutes AFTER the guy was taken away! Welcome to LA and her freeways.

I hate driving in LA some days. It's enough to drive you (OK, me) batty. 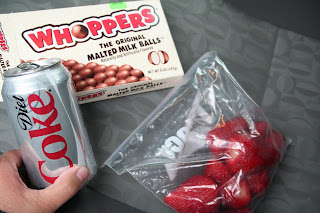 Now, let me tell you that a can of diet coke, a box of whoppers and some strawberries can keep a girl well taken care of while she's driving in stupid traffic through LA. Unless....

She should have used the rest room BEFORE she left the house in the morning?

So here's my question....Somedays don't you wish that stupid people had stayed home in the morning and just slept it off?

*sigh* just think how my driving would be oh so boring if they had...

The rest of the day...I worked on my Dad's vest. I didn't have to be 'nuts' wondering if a helicopter was going to slam into another one (or five) and drop on me by then. 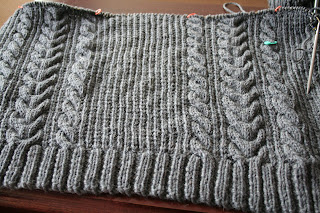 Oh, and I never did get the pictures posted to the contest. Loving the distractions here.
Posted by Cathy at 1:50 PM No comments: